Many do not know there’s such a thing as kitchen divination, known as tasseography, cromniomancy or methods of predicting the future using foods as symbols. It’s actually an ancient occult practiced by the pagan Celts in Western Europe. Through the years, the practice spread through other regions, in England, Scotland and eventually in North America.

They actually originated as methods of predicting the future in relation to the celebration of certain events. Back then, fortune tellers didn’t have crystal balls or Ouija boards but merely relied on the magic of the natural chemical reactions of food like apples,cabbages, nuts and eggs. Eventually. People who are quite interested in preductung the future using foods as symbols, gave fortune tellin by food type a specific title such as tasseography for tea leaves and cromniomancy for onions.

In many cases, food fortune telling methods fell out of fashion, subsequently becoming forms of entertainment during adult Halloween Parties. Nevertheless, it’s still interesting to find out how in these modern times, foods are used as objects of prediction.

What Exactly is Tasseography?

This method of divination became popular during the Roaring 20s, when people were quite anxious about their future or that of their loved ones. Predictions are based on tea leavSe or in some cases coffee grounds, which merely involved interpeting the shape formed by the residues of the tea leaves or coffee grounds appearing at the bottom of the cup. 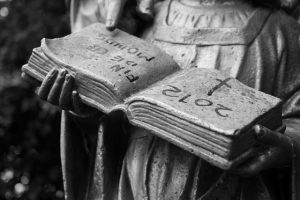 However, people who were in desperate need of advice and guidance fell victims to unscrupulous individuals who carried out sting operations. Actually in New York and up to this date, there’s still an outstanding law against fortune telling as a whole regardless of methods used. .

Onions – Predicting by way of onions or crommiomancy was practiced for centuries by women in relation to choosing the most suitable suitor. The names of the suitors will be carved on individual onions. Whichever of the bulbs produces the first sprout determines who among the suitors is the best choice as husband

Eggs – Predicting the future by way of eggs also has its own terminology, ovomancy or oomancy. This involves a more serious concept as practitioners claim to tell the future of an unborn child, or the fate of an unfound husband, especially during the periods of various conflicts in ancient Europe. The most known method of oomancy was linked to the so-called Witches of Salem.

The method made use of the Venus glass, which is just a glass of warm water used in processing the whites of eggs to produce a shape or symbol. The resulting symbol or object that most resembles another object will then be used in predicting a related future.

Let’s say the egg whites form a shape resembling a fish, if cast for a woman who lives in a fishing village but wanting to have information about her future husband, she will be told that her future husband will likely be a fisherman.